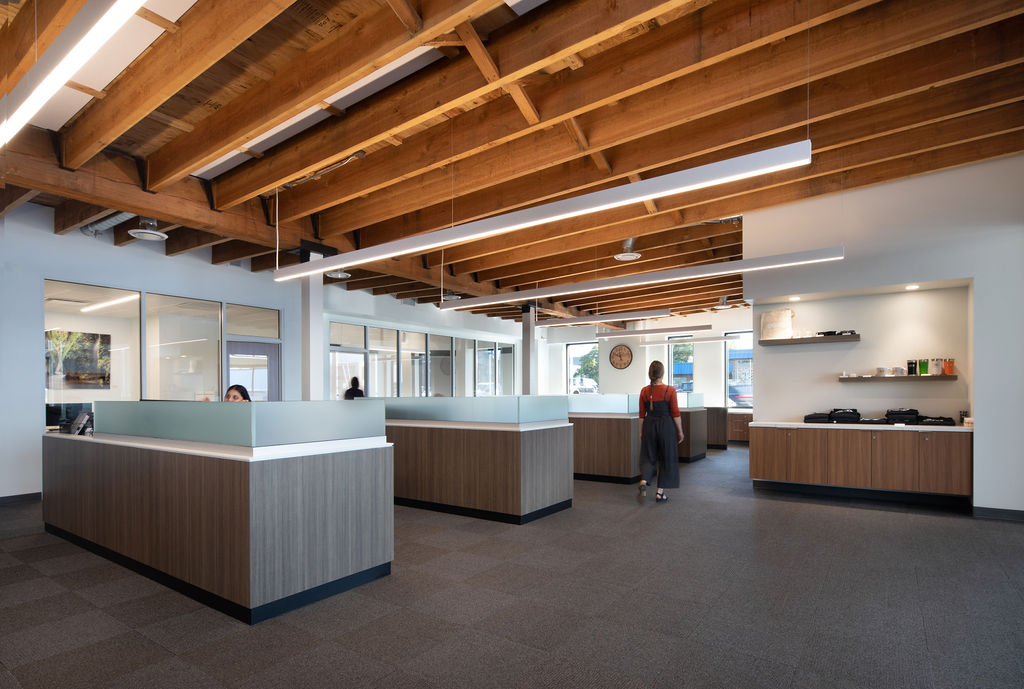 This project involves the renovation to and expansion of the existing building on behalf of Consolidated Community Credit Union (CCCU) and in support of their recent acquisition of Cascade Central Credit Union. The existing 5,550-square-foot building was constructed in phases, consisting primarily of perimeter CMU walls supporting timber post-and-beam roof framing and wood fiber composite roof deck panels. A single-story, 1,500-square-foot, seismically separated building addition was constructed in 2001 immediately south of the original building. The project included the demolition of a portion of existing CMU walls along the south and west sides of the original building, the infill of the west basement stair, the relocation of the east basement stair, and the demolition and replacement of the 2001 building addition with a new 1,840-square-foot addition. The estimated construction cost is $3.0 million.